Big thank you to our volunteers 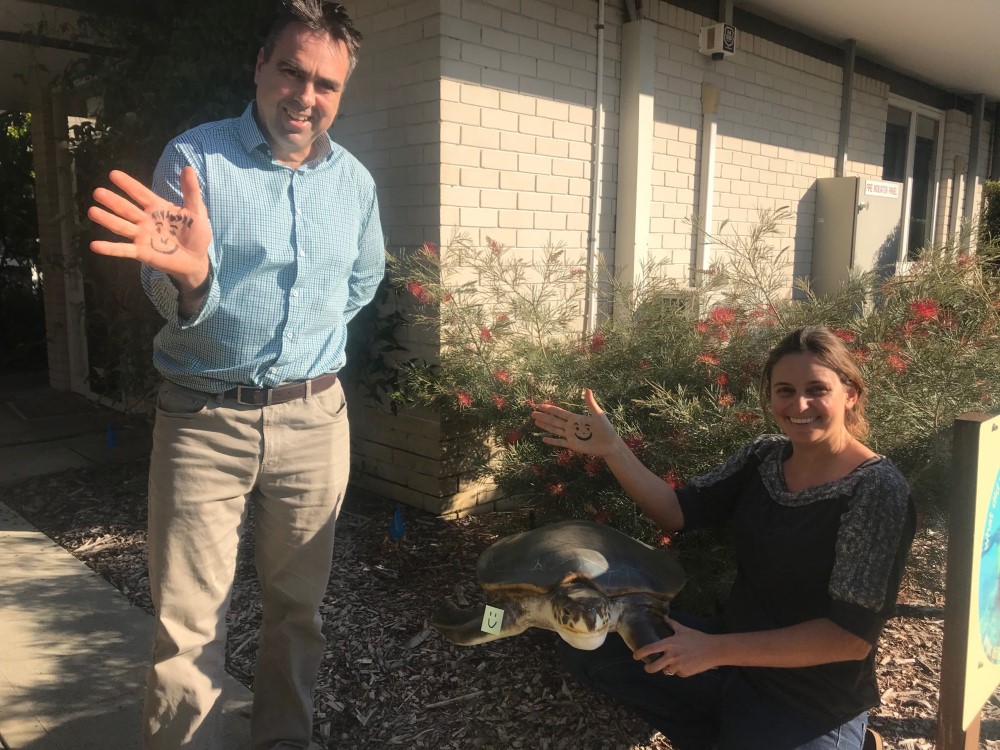 The team at North West Shelf Flatbacks would like to send out a huge thank you to all our volunteers from the past four years.  Without your assistance it would not have been possible to run such an extensive monitoring program on the remote Pilbara Islands of Thevenard and Delambre.

Just to give you an idea of the collective effort that volunteers have provided to the monitoring program here are some statistics:

130 volunteers have been involved with the program, some coming for second or third monitoring seasons.

206 nights of monitoring have been completed over the two islands.

1,789 nights have been worked by volunteers collectively.

Over 11,000 km of beach have been walked looking for turtle tracks and during tagging operations.

The staff involved with the program have been consistently impressed by the care and effort put in by our volunteers over the years.  It has been great to see the involvement of volunteers from local communities as well as those from further afield.

The diversity of volunteers has seen people from 16 to 76 involved with the program, with such a variety of reasons for being involved in the program, from wanting to gain work experience, to seeing what is happening in their local area to those that have a passion for helping to conserve wildlife and some that are just plain turtle crazy!

Some great friendships have been forged whilst sheltering in recently vacated body pits in the middle of the night, trying both to escape the wind and not disturb the turtle that is nesting meters away!

We hope that you have all benefited as much as we have from the partnership, from the experience, skills development, and the opportunity to interact with the majestic flatback turtles.