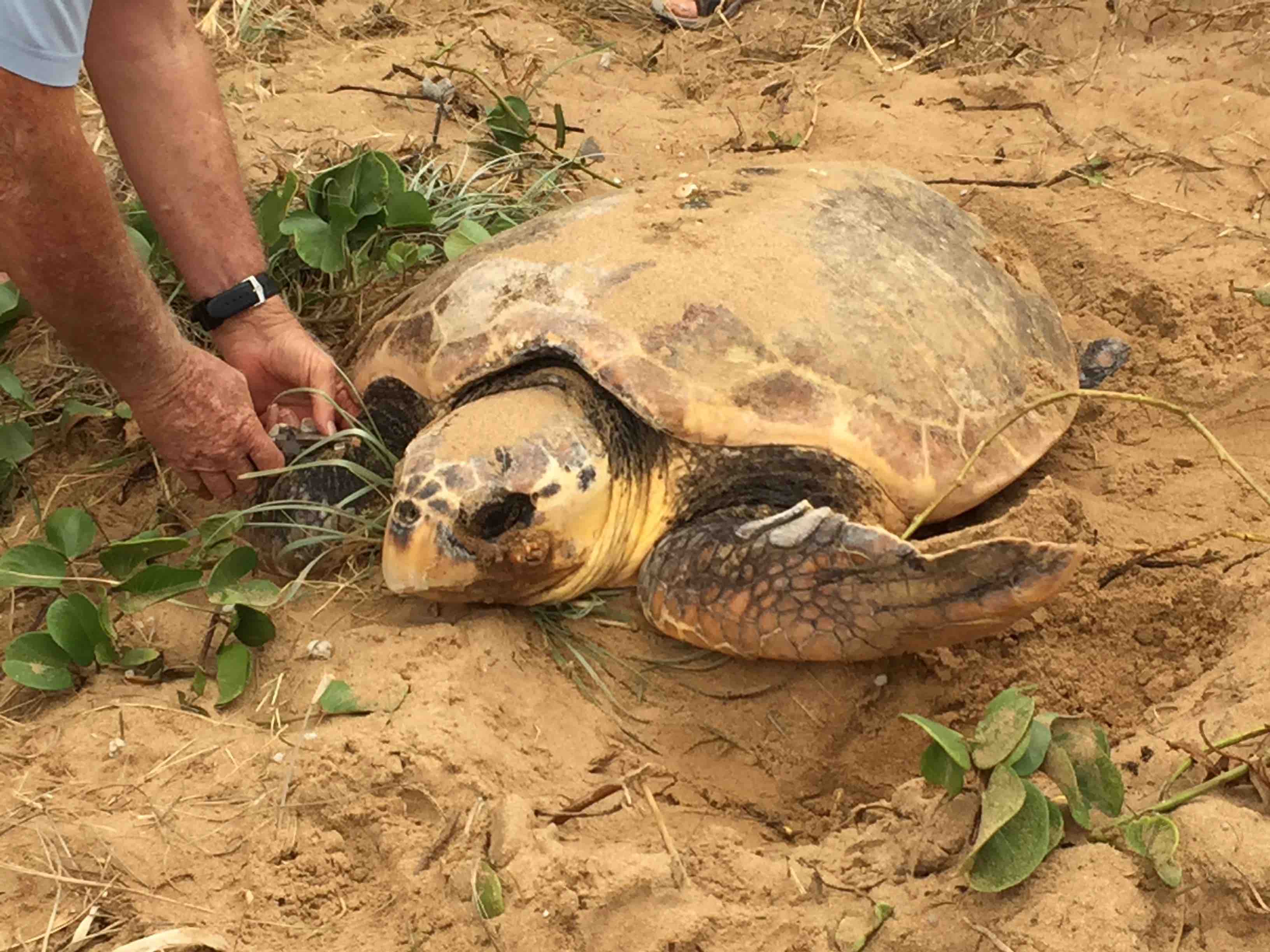 World sea turtle day is celebrated on16 June every year, to commemorate the birthday of biologist Archie Carr, born on 16 June 1909, Carr was recognised for his early contributions to the understanding of turtle biology and for helping to establish Tortuguero National Park in Costa Rica in 1975.

This year we get to celebrate a home-grown turtle biologist, and contemporary of Dr. Carr who pioneered contributions to marine turtles for the last 50 years.

On 7 June Dr Col Limpus was made an Officer of the Order of Australia in the Queen’s Birthday Honours.

He was awarded for the “distinguished service to environmental science, particularly to the conservation of sea turtles, and as a mentor of young scientists”.

Dr Limpus sits on the marine turtle expert panel for North West Shelf Flatback Turtle Conservation Program, in fact, his research helped to demonstrate that the flatback turtle was a separate species from the green turtle in the 1970’s.

Col also contributed to a greater understanding of turtle biology. He was amongst the scientists that first showed that the temperature of the sand in which eggs are incubated determines the gender of hatchlings, not sex chromosomes.

Col’s research is inspiring the next generation of scientists with two of the students working with North West Shelf Flatbacks studying incubation temperatures.

Blair Bentley from UWA looked at the development of turtle embryos under different temperatures, and the pivotal temperature (the temperature which produces a 50/50 ratio of males to females) of eggs from different rookeries.

Malindi Gammon, also with UWA, is investigating how turtle rookeries in WA may be impacted by climate change by looking at how more storms, increased temperatures and rising sea levels may impact sandy beaches.

She is also looking into the success of nests in relation to the temperature of the sand around and within the nest.

This involves painstakingly removing all of the eggs from a freshly laid nest, cleaning and marking them and returning them to the same spot in the egg chamber along with temperature loggers which record sand temperature above and below the nest and the incubation temperature within the nest.

These research projects give vital understanding of how changes in climate might affect might affect the sex ratio and the survival of turtle eggs to hatchlings.  This in turn informs management of WA’s beaches and marine reserves, allowing decision-making for conservation of marine turtles in Western Australia to be informed by the latest research.